How Six Women Found Their Voice

How Six Women Found Their Voice

Have you ever presented a speech after just two hours preparation to an audience of strangers on very personal topics? That is exactly what six of us did when we attended the Find Your Voice bootcamp organised by WiAS and Informa, hosted and supported by the team at Redington.

Apprehensive about what we were about to embark on, the six of us, all women working in the financial industry, showed up to speak, many of us not knowing what we would talk about – or even if we had anything to say. Straightaway, Laura Bampfylde and the team were welcoming and helped to calm any nerves we had.

Alison Campbell was our taskmaster, charged with getting the six of us, Anju Kirankumar, Ellie Stephenson, Chimmy Ngoma, Harriet Shepherd, Nicole Toselli, and Noemie Kieffer, to create and present impassioned speeches after just two hours to a room full of people. However, Alison immediately made us feel able to talk and express deeply intimate and personal topics. Unexpectedly, six strangers quickly became a group of friends. – We came together during the bootcamp and showed each other genuine support, suspended our judgment, and encouraged each other. The competition between us was non-existent and instead we worked to empower each other. We spoke on topics we would never have thought we would have the confidence to do. “Not only did we learn how to deliver the content, but we were also coached on how to craft the words to make it impactful,” said Harriet Shepherd, Head of Chief Client & Reputation Office at St. James’s Place. “It was a completely safe space to learn, gain confidence and find our voices.” 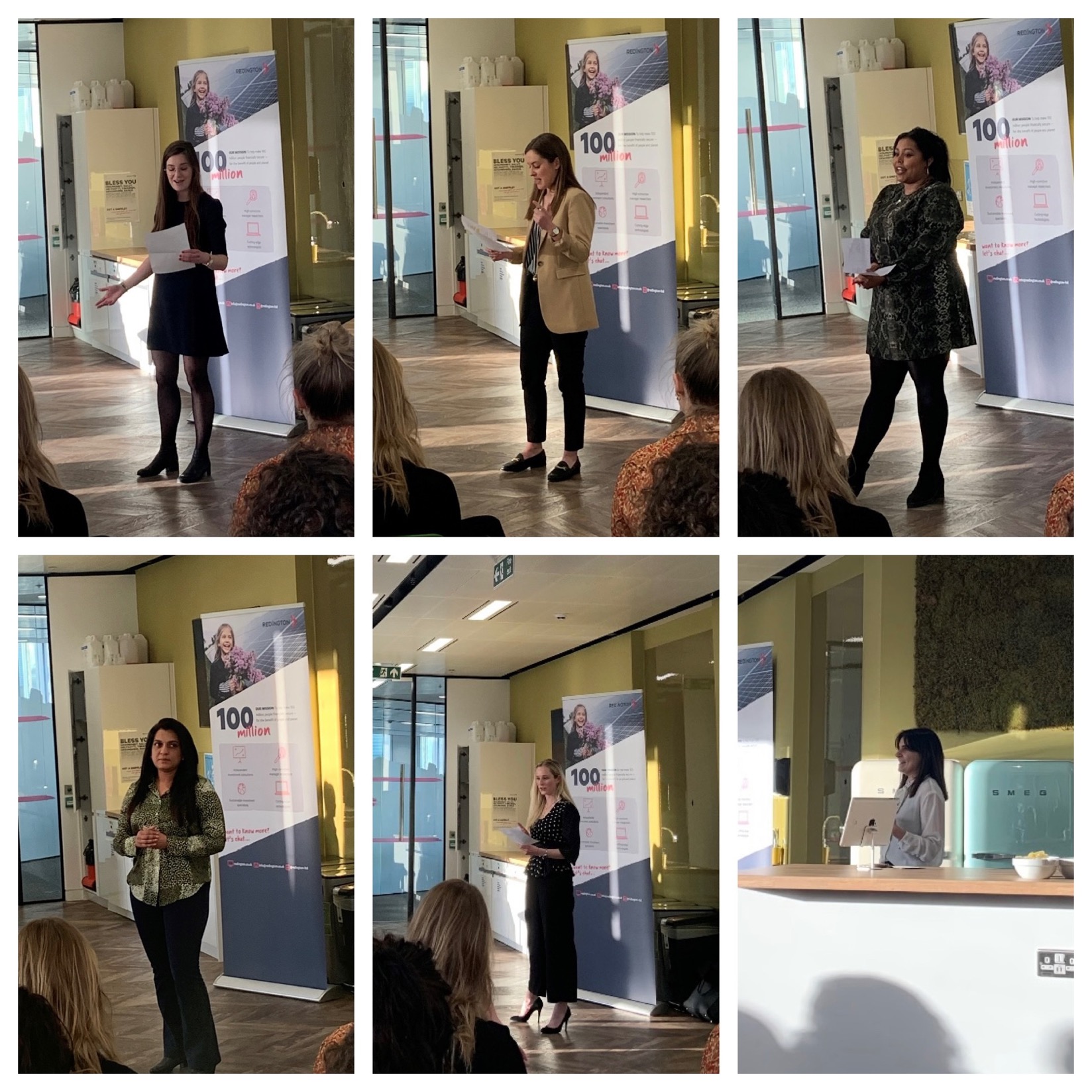 However, it quickly became time to stand, be brave and speak in front of a room full of strangers. We were surprised to find that when presenting, the crowd was listening to our every word, genuinely interested in what we had to say. The audience empathised with our stories, and, afterwards, it was amazing to see how many of audience members told us of the inspiration we’d been to them. Noemie Kieffer, Product Strategy Manager at T. Rowe Price told us “I thought it would be a good opportunity to challenge myself, but I surely did not expect to feel such fulfilment.”

It was an incredible confidence boost. Nicole Toselli, Investment Consulting Analyst at Redington noted how many times since the event she’d used the bootcamp as a unit of measurement. Nicole said: “When I’m asked to do something, whenever my first reaction would be “No I can’t do this,” now I think “if I did [the Find Your Voice bootcamp], why can’t I do anything else?”.”

Harriet had planned to do her speech on financial literacy but through the bootcamp had decided to speak on diverting from social norms as she talked on her experience ‘coming out.’ After a debate between the judges, Harriet was declared a very well-deserving winner based on three factors – impact, structure, and engagement. We were then thrilled to find out that in fact, we had all won tickets to attend the prestigious IMPower FundForum event in Monaco, the following month.

Shortly afterwards, we were lucky enough to be invited to be panellists on the IMPower FundForum Talent stage for a panel entitled “Next Generation Industry Leaders.” Here, four of us discussed the future of the industry and the changes we’d like to see. Sat in front of leaders of the financial industry speaking our truth was a world away from where we’d started; nervously meeting each other for the first time, wondering what in the world we were going to say in a room full of women we looked up to. “I was incredibly honoured at the opportunity to sit in front of well-established leaders and speak on my thoughts on the future of the workplace,” said Chimmy Ngoma, Sales Enablement Associate at Calastone. “I made wonderful connections with aspirational people throughout the week, and it made me really excited about my own future and who I want to be.”

IMPower FundForum was a perfect opportunity to use our new-found confidence to form new connections, learn about the latest trends as well as listen and learn to leaders in the industry. The four-day event was filled with exciting conversations that we were thrilled to be involved in.

“Getting out of your comfort zone was the topic I chose to speak about in the public speaking bootcamp, because that was what I was doing when I said yes to this opportunity,” said Anju Kirankumar, Vice President – Senior Lead, Asset Servicing IT at Northern Trust. “Now I feel like a new person professionally and personally!”

A few months ago, Kate Webber spoke on a panel, giving the call to action to be brave, step out of our comfort zone and speak up. Through doing that, we all discovered aspects of ourselves and we’re ready to say yes to any great opportunities that come our way. If you get the opportunity to do this – please take it – you won’t regret it.

Chimmy is a Sales Enablement Associate in the Commercial Team at Calastone. She has worked with key players across the industry including Asset Managers, Transfer Agency’s, Wealth Platforms, and Custodians supporting them in their digital transformation and automation of the funds trading process. Chimmy started her career in the Operations Team, progressing through Client Delivery and more recently into the Commercial Team at Calastone. Chimmy also acts as one of the CSR leads at Calastone, focusing on Diversity, Equity & Inclusion and Mental Wellbeing, where she has worked to help establish the CSR program from its grassroots. 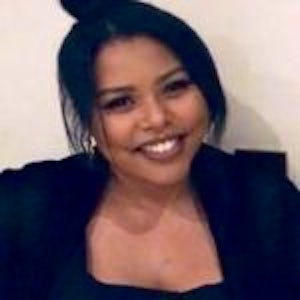